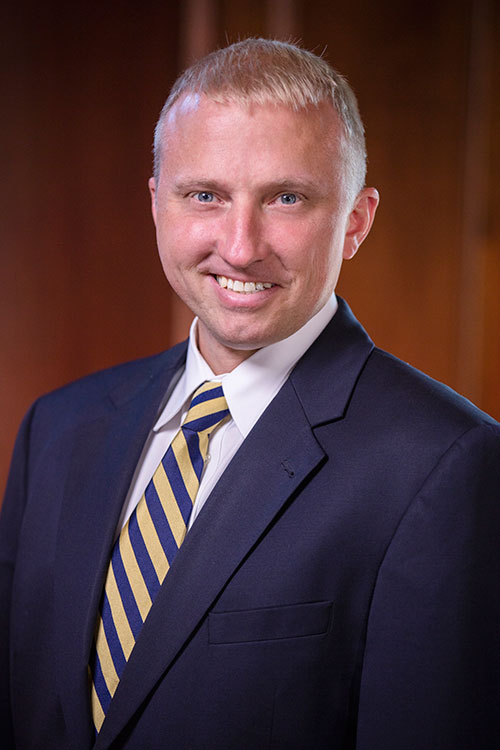 Justin Meyer joined Stafford Owens in 2006. He has extensive experience in all aspects of litigation, including personal injury, matrimonial, breach of contract, tort claims, mortgage foreclosures, criminal and mental hygiene law (including guardianship placement). Mr. Meyer represents parties at all stages of litigation in State and Federal Courts.

Every year since 2016, Mr. Meyer has been named to the New York State Super Lawyers Rising Stars list; each year, no more than 2.5 percent of the lawyers in the state are selected to receive this honor.

In 2019, the American Institute of Personal Injury Attorneys honored Mr. Meyer by naming him to their list of 10 Best Under 40 Attorneys for Client Satisfaction.

Justin Meyer received his Bachelor’s Degree from Elmira College in 2003 and his Juris Doctorate from Albany Law School in 2006.

Mr. Meyer has served as an adjunct professor in the Accounting and Interdisciplinary Studies programs at Plattsburgh State University.